YA Gets Scary - When Did Abuse Become Okay?

May 08, 2014
I'm a little wary of posting this because I know there's a book I'm going to carefully not mention here and this post might find it's way back to the author and they'll probably take offense.

I kind of want them to. But I also want them to realise what it is that they are doing, by writing the scenes we see in paranormal romance and other types of YA. This applies to all authors, self published and published alike. 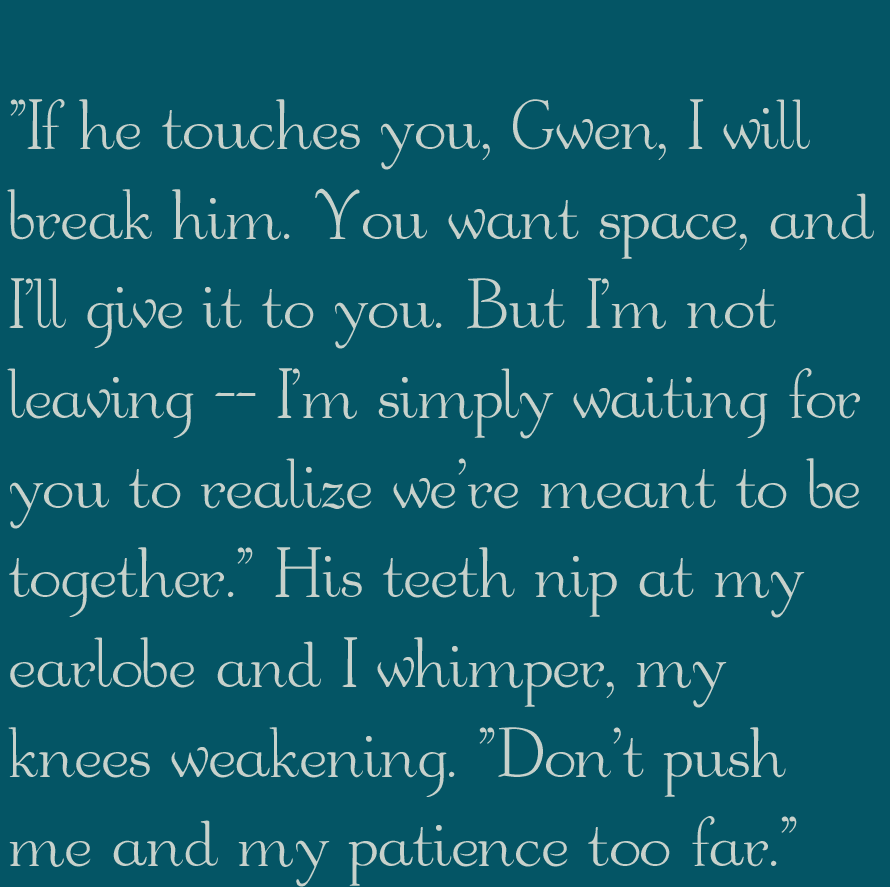 This isn't sexy. This is scary as hell. Not only is what I suppose is supposed to the love interest threatening to 'break' someone he's telling her that she's basically meant for him only and then continues by telling her not to push him too far.

'Don't push me and my patience too far'

That doesn't seem like a loving thing to say. That sounds like a line pulled from a story about abuse. Sadly I know scenes like this aren't too uncommon in YA. You may have heard of Beautiful Disaster by Jamie McGuire, another book that involves abusive relationships. Readers are 50/50 with that one. Half think it's beautiful romance, half think it's bloody terrifying and are left feeling kinda confused.

I'm not sure where this trend in abusive relationships started. It may be Twilight and pinning it in on Twilight does seem like the easy option but I don't think it started there. However, the creepy stalker boyfriend thing has filtered into other books, such as this one from a pretty popular book:

So in this case, although it probably didn't start there, I do think Twilight needs to take some responsibility because it was so huge, authors immediately did the same thing and Edward's stalker ways began filtering into other stories and somehow, I think, mutated. Which is even creepier actually.

However, I am grateful that we're not all a bunch of sheep and lists like this on Goodreads make me really grateful.

It's scary to think that a lot of the books on that list are bestselling 'romances' aimed at teenagers, often aged below the age of consent.

I think, as readers, we need to make sure that authors and other readers know that this is not okay. We need to look at characters deeper in stories and recognize when they have abusive traits and call them out for it. In some cases, maybe boycott those books altogether or add them to shelves titled abusive relationships.

As I know some of you are parents, I'd suggest doing exactly what a friend of mine does - read the books first and then you'll know exactly what's in them. Or at least read the reviews?