This week I started trying to catch up on my NetGalley shelf... and then requested some more. Whoops. I have 12 books on my shelf so it's not too bad at least!

Received This Week On NetGalley 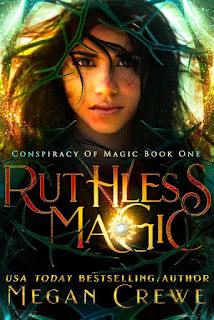 Each year, the North American Confederation of Mages assesses every sixteen-year-old novice. Some will be chosen. The rest must undergo a procedure to destroy their magical ability unless they prove themselves in the mysterious and brutal Mages' Exam.

Disadvantaged by her parents' low standing, Rocío Lopez has dedicated herself to expanding her considerable talent to earn a place in the Confederation. Their rejection leaves her reeling—and determined to fight to keep her magic.

Long ashamed of his mediocre abilities, Finn Lockwood knows the Confederation accepted him only because of his prominent family. Declaring for the Exam instead means a chance to confirm his true worth.

Thrown into the testing with little preparation, Rocío and Finn find themselves becoming unlikely allies—and possibly more. But the Exam holds secrets more horrifying than either could have imagined. What are the examiners really testing them for? And as the trials become increasingly vicious, how much are they willing to sacrifice to win?

This sounds like magical Battle Royale and I AM HERE FOR IT. I plan to read this one when I've caught up on Maureen Johnson's Shades of London series.

Whew, after a recent reading slump I'm clearly back to my book devouring self. Somehow I'm fitting these in wth looking after a small human and trips back and forth from nursery. 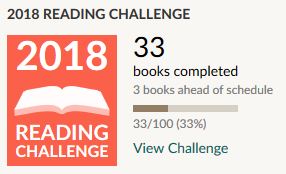 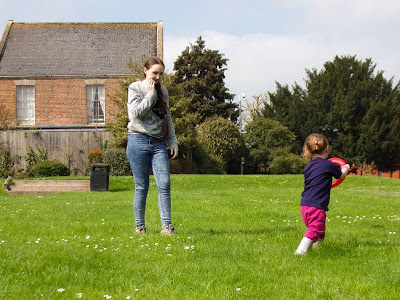 Well not quite but it's pretty hot and I do have sunburn. It's raining again today so we're hoping that the sun makes an appearance so we can go to the seaside tomorrow. 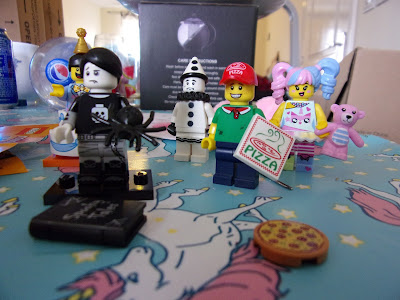 Last week we went to a comic convention and it was amazing, it was just a small one in comparison to the popular ones but we had in a few actors who'd been in Star Wars and Doctor Who. Loads of stalls to buy things from, plenty of cosplayers and I think everyone enjoyed themselves. I picked up most of these LEGO figures too, except Birthday Cake Guy (back left).